Dr. Thomas Concannon has been appointed instructor of computer science. Previously a part-time instructor in mathematics at King’s since 2010, he earned the status of adjunct instructor in August of 2017. His professional experience includes serving as a Software Applications Engineer at Synopsys, Inc. He earned his bachelor’s degree from Pennsylvania State University, a master’s of science from Lehigh University, and a doctorate from University of North Carolina at Chapel Hill.

Hussam Ghunaim is an assistant professor of computer science. His classroom experience includes serving as a Visiting Lecturer at Rochester Institute of Technology, a Visiting Instructor at Ohio Northern University, and a Graduate Teaching Assistant at the University of Bridgeport. He earned his bachelor’s degree from United Arab Emirates University, Al-Ain, UAE, a master’s degree at London South Bank University, and he is expected to graduate with his doctorate this fall from the University of Bridgeport.

Dr. Ismail Haltas, assistant professor of civil engineering, previously served as a Senior Research Fellow at Cranfield University, United Kingdom, and an associate professor at Zirve University, Turkey.  He earned his bachelor’s degree from Middle East Technical University, Ankara, and a master’s degree and doctorate from University of California – Davis.

King’s alumna Jessica Hildebrand will serve as instructor of accounting. After graduating from King’s in 2015, Hildebrand earned her MBA from Capella University. In addition to working as an adjunct professor at Bloomsburg University, she was as a Core Tax Senior Associate at Price Waterhouse Coopers, LLP.

After graduating from the Physician Assistant master’s degree program at King’s in 2015, Gianna Moulton was a Physician Assistant in Internal Medicine with a local doctor and instructor of pre-medical programs at Hazleton Area STEM High School. She has been named a assistant clinical professor in physician assistant studies.

King’s graduate Linette Rayeski has been appointed assistant technical professor of accounting. After earning her bachelor’s degree from King’s in 1998, she earned her MBA from Columbia University’s Graduate School of Business. Rayeski brings significant professional experience to the classroom, including serving as an advisor at E to Infinity LLC, in West New York, NJ; the vice president of finance at Glansaol, New York; Operations Accounting Manager, Global Manufacturing & Distribution Centers at Ali Group, and Inter Metro Industries, Wilkes-Barre. She also returns to King’s after serving as an assistant technical professor of accounting at King’s from 2013-2015.

Christopher Stine was named instructor of philosophy. He served as an adjunct instructor at both Immaculata University and King’s, where he earned his bachelor’s degree in 2002. He earned his master’s degree from West Chester University. 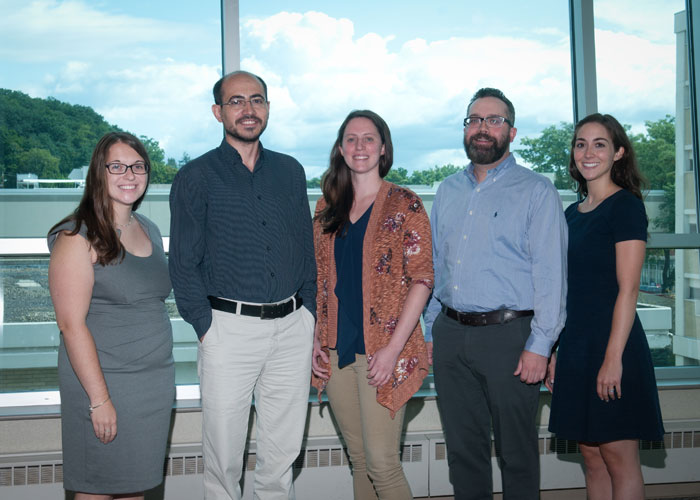