Alumnus, Decorated War Veteran, Past Congressman and Under Secretary of the US Army to Provide King’s Commencement Class

February 16, 2017 - Patrick J. Murphy, a 1996 graduate of King’s College, decorated military veteran, attorney, former US Congressman, and, most recently, Under Secretary of the US Army, will provide the address at King’s 68th Annual Commencement exercises to be held at 2 p.m. Sunday, May 21, at Mohegan Sun Arena. Approximately 500 students will receive either a bachelor’s or master’s degree at the ceremony.

In addition to addressing the graduates, Murphy will receive an honorary doctor of humanities degree.

“Patrick Murphy’s record of service to his country, as well as his achievements in politics, law, and education are truly remarkable; he is a true renaissance man,” said Father John Ryan, C.S.C., King’s president.  “Many of this year’s graduates were born around the time of Patrick’s commencement 21 years ago.  He is the ideal person to inspire this year’s class as to what can be accomplished after receiving a King’s degree.”

As a student at King’s, Murphy was President of the Student Body and an Army ROTC cadet.  He received a bachelor’s degree with majors in psychology and human resources management and was commissioned a second lieutenant in the Army Reserves.

While attending Widener University School of Law, Murphy worked in the office of the Philadelphia District Attorney, was a leader in the Harrisburg Civil Law Clinic, a legal aid society serving the poor, served as an Army officer in Germany, and served as a legislative aide to a member of the Pennsylvania House of Representatives.  He received his law degree in 1999.

Beginning in 2000, Murphy was on active duty with the US Army, first serving as a judge advocate and then an assistant professor at the United States Military Academy.  Following the 9-11 attacks, he volunteered for overseas deployment, serving in both Bosnia and Iraq and was awarded the Bronze Star.

In 2006, Murphy became the first veteran of the Iraq War to be elected to Congress, representing the 8th Congressional District of Pennsylvania.  During his two terms, he served on the Armed Services, Select Intelligence, and Appropriations Committees.

Following his time in Congress, Murphy was a national litigation partner for the Philadelphia-based law firm Fox Rothschild LLP.  He also co-founded Virtus, LLC, a television production company that produced shows for CBS and MSNBC.

Murphy is a former member of the King’s College President’s Council, co-chaired the 2015 Rev. James Lackenmier, C.S.C., Award for Achievement and Leadership event, has served as a mentor at several McGowan School of Business Forums, and presented the keynote address at the 2016 King’s Washington Area Alumni Club Career Day reception.

Patrick lives in Bucks County with his wife, Jenni, and their two children, Maggie and Jack. 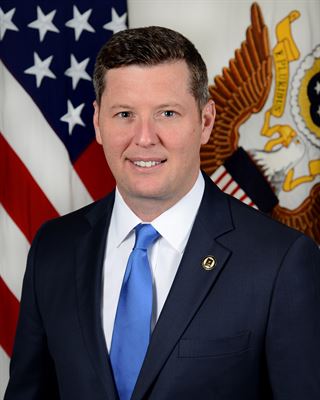