March 20, 2017 – Award-winning author Susan Muaddi Darraj has been named the keynote speaker for the annual King’s-Wilkes Women’s and Gender Studies Conference. Muaddi Darraj will discuss feminism and representations of Arab women during the free, public lecture at 7 p.m. Monday, April 10, in the Burke Auditorium at King’s College.

Muaddi Darraj will argue that a uniform depiction of Arab women as oppressed by Islam/Arab culture, particularly in Western media and discourse, serves to maintain American policies in the Middle East and impacts Israel/Palestine relations. The talk will conclude with a discussion of how literature is one avenue toward changing the narrative and complicating the image of Arab women in Western discourse.

Titled “Changing the Narrative: How Race and Politics Affect the Way We View Women,” the lecture is co-sponsored by the King’s McGowan Center for Ethics and Social Responsibility and the College’s Women Studies Program. The Burke Auditorium is located in the William G. McGowan School of Business on North River Street. Parking will be available at several on-campus lots.

The Women’s and Gender Studies Conference is a joint venture coordinated by Wilkes University’s Women’s and Gender Studies Program and King’s Women’s Studies Program. The conference theme “Identity at a Crossroads: Third-Wave Feminism and Intersectionality” centers on questions of diversity and inclusion in contemporary and historical women’s and gender debates. Presentations on gender studies research projects, panel discussions, and performance art will be held on April 10-11 at King’s College.

Muaddi Darraj is associate professor of English at Harford Community College in Maryland and lecturer in the Master of Arts in Writing Program at Johns Hopkins University. She earned her master’s and bachelor’s degrees in English literature at Rutgers University, where she also taught classes in fiction.

Her short story collection, “A Curious Land: Stories from Home,” published in 2015 by the University of Massachusetts Press, garnered both the AWP Grace Paley Prize for Short Fiction and a 2016 American Book Award from the Before Columbus Foundation. Her first short story collection, “The Inheritance of Exile,” was published in 2007 by University of Notre Dame Press.

She also edited “Scheherazade’s Legacy: Arab and Arab American Women on Writing,” and has contributed book chapters to anthologies and collections, including “Dinarzad’s Children: An Anthology of Contemporary Arab American Fiction” and “Colonize This! Young Women of Color on Today’s Feminism.” 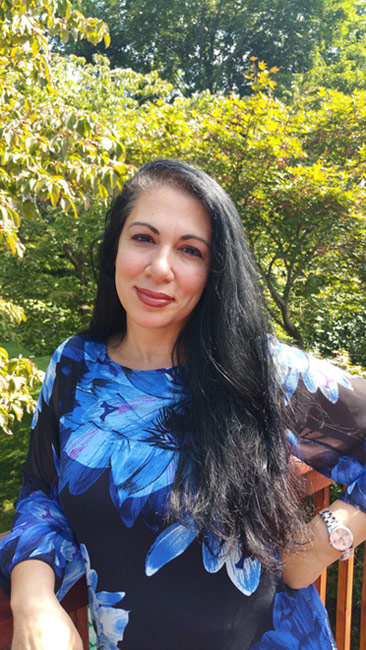 Award-winning author Susan Muaddi Darraj will give the keynote address at the annual King’s-Wilkes Women’s and Gender Studies Conference on April 10 in the Burke Auditorium at King’s College.