December 17, 2019 - Seven King’s College students and a faculty member moderator participated in a Model United Nations program held recently at the University of Erfurt in Germany.

Six of the seven students represented Slovakia at the four-day conference, which consisted of working in committees, caucuses, and general assemblies.  The students also submitted position papers reflecting Slovakia’s position on certain topics prior to the conference.  The students also strategized about which other countries might likely agree with their positions on the position paper topics, thus trying to build a coalition on those issues.

Prior to the start of the formal sessions, students participated in cultural tours to the Point Alpha Memorial, which marked a US observation post on the border between East and West Germany; Wartburg Castle, where Martin Luther translated the Bible into German; and Buchenwald Concentration Camp. 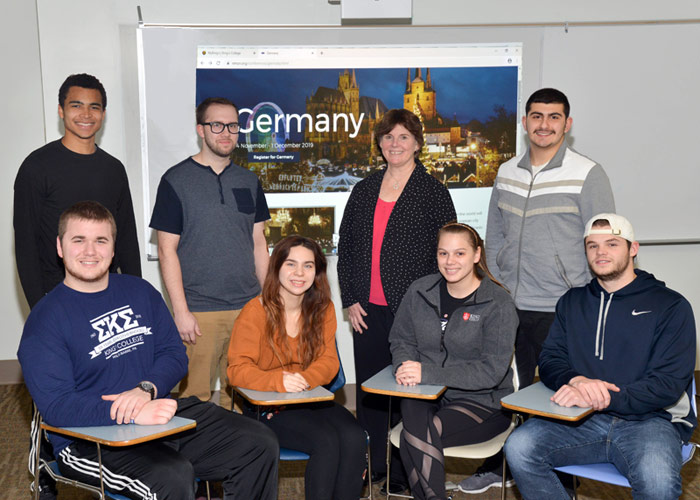