Two King’s students, Gary Loughney and Alcides Mauricio, won an Outstanding Position Paper Award at the United Nations conference. The delegation as a whole won the Honorable Mention Award for their representation of Bulgaria.

Participants are enrolled in a political science course, titled “Politics of the United Nations.” To prepare for the Model United Nations Conference, each student researches three topics of their committee and country and submits a position paper reflecting the country’s stance on each topic. The course is open to all King’s College students and is an elective for political science majors. 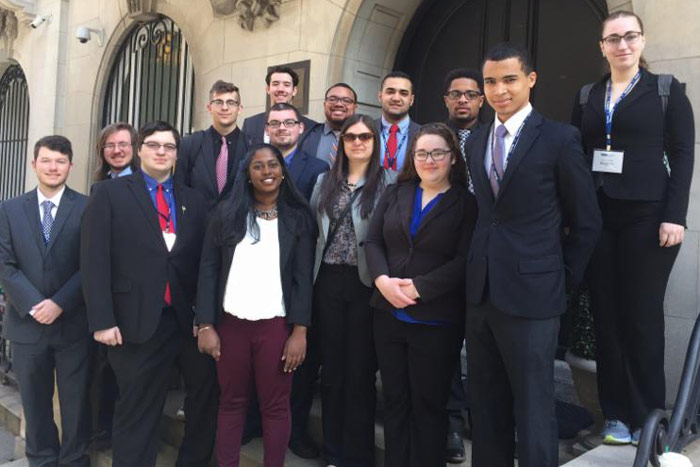