May 9, 2016 - Allan Kluger, Esq., a noted attorney for more than 60 years and a recognized public servant, has been selected as the third recipient of the Father James Lackenmier, C.S.C., Award for Achievement and Leadership.  The award will be presented at a ceremony to be held Thursday, October 20, at the Westmoreland Club.

Funds raised for the award dinner will benefit the King’s College Presidential Hope Fund, a critically important resource that supports deserving King’s students who face unforeseen financial hardships that threaten their ability to continue or complete their undergraduate studies.  The 2015 fundraising event held in Philadelphia last October raised nearly $270,000 for the Fund.

“Allan Kluger is the epitome of a business leader and community servant,” said Father John Ryan, C.S.C., King’s president.  “He has provided King’s with more than 30 years of wise counsel and support and he has been as generous with numerous other Wyoming Valley organizations.”

Kluger is president and senior partner at Hourigan, Kluger & Quinn, a law firm he joined after receiving his law degree from the University of Pennsylvania in 1952.  He is also a graduate of Wyoming Seminary and Amherst College.

“I am delighted to have been chosen as the recipient of the Father Lackenmier Award,” said Kluger.  “This honor is special to me because Father Lackenmier has been my dear friend for over 30 years and because the funds raised in connection with this honor will go to King's College students to enable them to complete their studies.”

Kluger is a member of the King’s College Board of Directors and holds the title of director emeritus.  He also serves on the boards of the Luzerne Foundation, where he was a founding board member, and the Greater Wilkes-Barre Chamber of Business and Industry as a director emeritus.

A recipient of the President’s Award from the Luzerne County Bar Association, Kluger was also twice named a Pennsylvania Super Lawyer and served for seven years on the Pennsylvania Ethic Commission by appointment by the Governor of Pennsylvania.

He has been honored with the B'nai B'rith Outstanding Citizen Award, the First Annual Ethics Award given by Ethics Institute of Northeastern Pennsylvania, the Wyoming Seminary Distinguished Service Award, the Anti-Defamation League Distinguished Community Service Award, and the Boy Scouts Distinguished Citizens Award. He is the recipient, together with his wife, Sue, of the first Lifetime Achievement in Philanthropy Award presented by the Association of Fund Raising Professionals (formerly the Greater Pocono Northeast Chapter of the National Society of Fund Raising Executives).

“One of the perks of being President of King’s College was knowing Allan Kluger,” said Father James Lackenmier, C.S.C., president emeritus of King’s College and president at the time Kluger began his service to King’s as a board member.  “Allan is known by everyone as a great lawyer and a committed community leader.  His reputation as a fund raiser and as a philanthropist is legendary.  But it was my privilege to know him, above all, as a kind, warm, generous and exceedingly humorous friend.”

The annual McGowan School of Business Forum provides approximately 100 King’s students each year an opportunity to be mentored by leaders in the business field, most of whom are graduates of the College.  The mentoring session is followed by a formal dinner, presentation of the award, and remarks by the recipient.  The award dinner, like the McGowan School of Business Forum, rotates on an annual basis between New York City, Philadelphia, and Wilkes-Barre.

Tickets for the event are $200/person, $375/couple and $150/person for King’s graduates from the classes of 2006 to the present.  Various levels of sponsorships and program ads are available. For further information, contact Tish McCarthy Last at 570-208-6069. 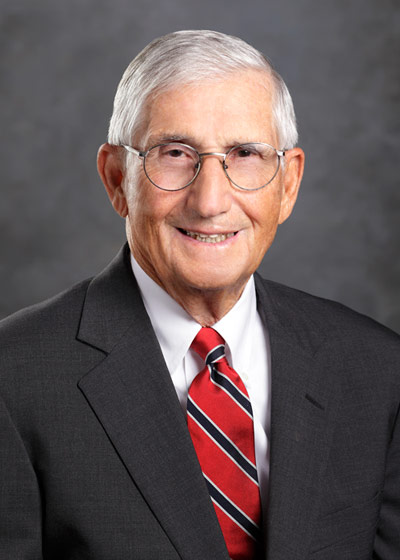