Kappa Delta Pi, an International Honor Society in Education, has a membership of over 55,000 in more than 400 universities, colleges, and alumni chapters. Members strive to promote excellence in teaching as well as recognize outstanding contributions to the field of education.

An invitation to join the King’s chapter, Tau Pi, is based on high academic achievements (a minimum cumulative GPA of 3.5), a commitment to education as a career, and a professional attitude which assures a member’s further growth in education.  Positive attitudes toward life and teaching are also important attributes of all potential members.

Rev. Thomas P. Looney, C.S.C., President of King’s College, opened the ceremony with some personal reflections and led the assembly in prayer.  Dr. Dara Soljaga, Associate Dean of Education offered greetings and was the keynote speaker for the event. 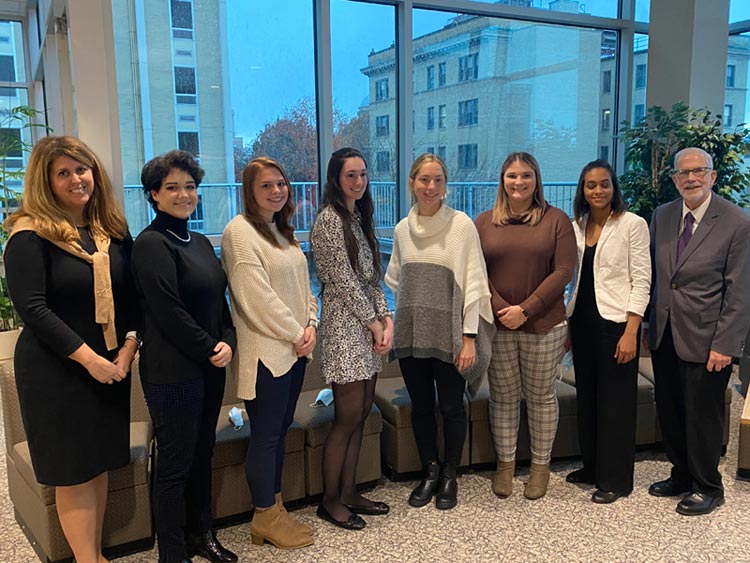