Sanders lost his father, Gary, to cancer in 1985, leaving his mother, Joan, to raise three children. Working tirelessly, she instilled a solid work ethic and was always able to provide for her children. The scholarship has been established to aid a King’s College student with preference going to an individual who has lost a parent.

“My hope is this scholarship will grow and remove the financial barriers that students have when their families have only known struggles,” Sanders said.

Sanders is a two-time graduate of King’s College, having received his Bachelor of Arts in Education and History in 1999 and this year received his Master of Science in Healthcare Administration. 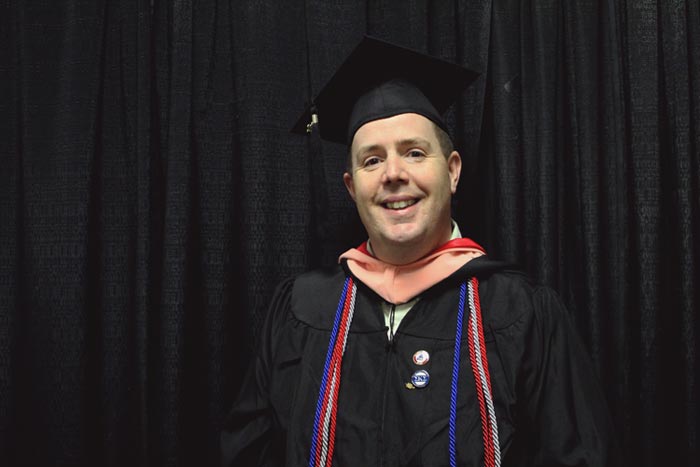