October 16, 2017 – King’s College students Hannah Bruseo and James McDonough have been awarded full-tuition scholarships to study during the 2017-18 academic year in Northern Ireland as part of the Irish-American Scholars Program.

Bruseo will study during the spring semester at Stanmillis University, a College of Queen’s University Belfast. She is a junior majoring in elementary education with certification in Grades PK-4 and Special Education PK-8.  She is a member of Kappa Delta Pi, an international honor society for education, and secretary of the College’s Education Club, where she volunteers for after-school events to help elementary school students in the Wilkes-Barre Area School District.

McDonough will study during the fall semester at Queen’s University, one of the 20 top research-intensive institutions in the United Kingdom and member of the Russell Group, which is broadly comparable to the U.S. Ivy League. He is a junior majoring in political science and theology with minors in statistics and business management.

He has been named to the College’s Dean’s List for four consecutive semesters. He was inducted into Delta Epsilon Sigma, the national scholastic honor society for students, faculty and alumni of colleges and universities with a Catholic tradition; and Pi Sigma Alpha, the national political science honor society.

McDonough is a member of the College’s Honors Program, Math Club, Campus Ministry Peer Ministry Team, and Cantores Christi Regis, the King’s choir. He serves as an Admissions Ambassador for prospective students and a peer tutor. He participated in several volunteer experiences, including the annual Fast-a-thon for Syrian Refugees and Thanksgiving food drive by the Commission for Economic Opportunity. 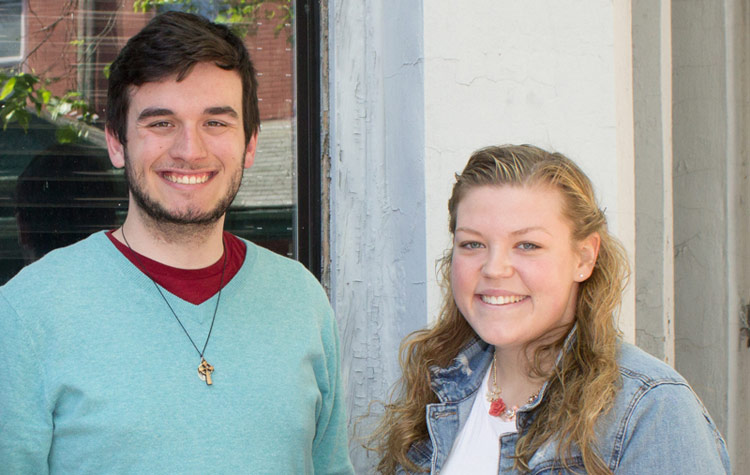