The King’s performances will mark the area premiere of Kushner’s “The Illusion,” a witty adaption of Corneille’s comedy “L’Illusion Comique.” The fairytale centers on a dying father’s desperate search for his long-lost son. The old man travels in the dead of night to a mysterious cave and engages a wizard, who conjures visions of the romantic, adventurous, and perilous life his son has been living since expelled from home.

Godwin is a founding member of the puppet troupe the Elementals, which has performed at the Jim Henson International Festival of Puppet Theater. His work has been presented throughout New York City, including venues such as P.S.122, Dixon Place, DTW, Franklin Furnace, LaMama and the Walker Art Center.

He has worked with Julie Taymor, Dave Chappelle, David Bowie and Aerosmith. His film and T.V. credits include “I sell the dead,” “Ice Age 2,” “It's a Big, Big World” for PBS, “Saturday Night Live” and the forthcoming “StakeLand.” Godwin was the puppeteer Wyatt Cenac for “The Daily Show.” He also co-wrote and starred in the adult puppet variety stage show “Uncle Jimmy's Dirty Basement.”

For more information on upcoming performances or to reserve tickets, call the box office at (570) 208-5825 or e-mail boxoff@kings.edu. 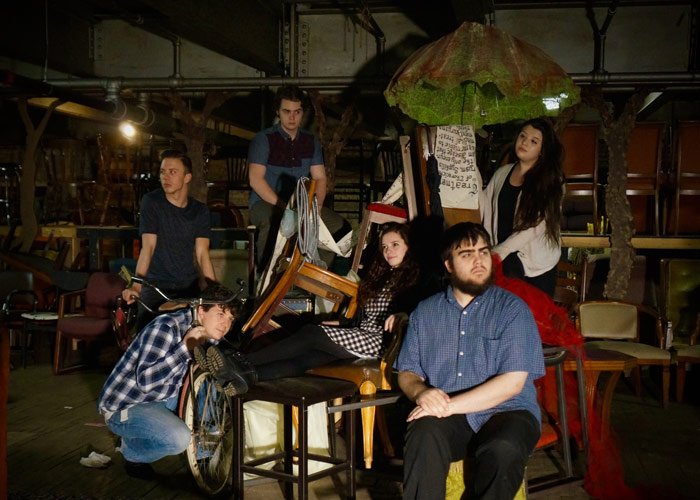