September 27, 2018 - Lou Holtz, who led the University of Notre Dame to a national collegiate football championship and who is the only person in the history of college football to coach six teams to post-season bowl games, will deliver the address at the 70th annual Commencement exercises of King’s College.  The ceremony will be held at 2 p.m. Sunday, May 19, at Mohegan Sun Arena.

Holtz will also receive an honorary doctorate from King’s at the ceremony at which more than 400 students are expected to receive either a bachelor’s or master’s degree.

“Coach Holtz is very familiar with the Congregation of Holy Cross and the ethos of a Holy Cross education,” said Father John Ryan, C.S.C., King’s president.  “He is a national figure who respects, appreciates, and supports Catholic education and he is a thoughtful, inspiring, and entertaining presenter.”  The University of Notre Dame and King’s College were both founded and are both administered by the Congregation of Holy Cross.

In addition to his coaching experience, Holtz has covered college football for CBS, ESPN, and Sirius Radio.  He has authored several best-selling books and has been a renowned motivational speaker.

Holtz and his wife, Beth, formed the Holtz Charitable Foundation, Inc., a non-profit organization established to assist economic development in East Liverpool, Ohio, where the couple grew up and attended high school. 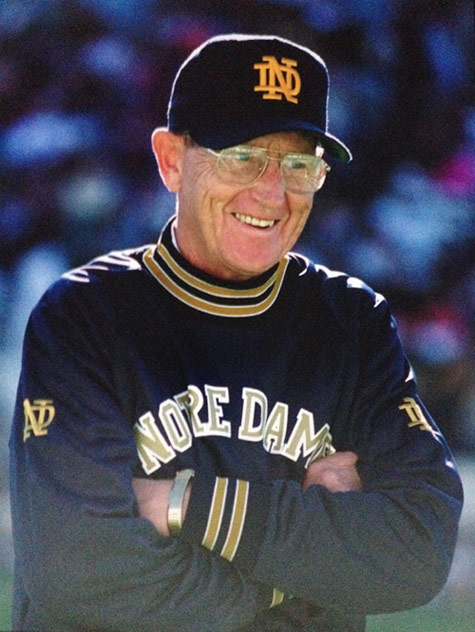