September 16, 2019 - Timothy Beers, the Grace-Rupley Professor of Physics at the University of Notre Dame, will present “Origin of the Elements of Life” at 7 p.m. Tuesday, October 1, in the Burke Auditorium of the McGowan School of Business at King’s College.  Sponsored by the Notre Dame Club of Hanover Township and the King’s McGowan Center for Ethics and Social Responsibility, the free public lecture is part of the national Hesburgh Lecture Series.

The presentation by Beers will be an examination of the origin of carbon, nitrogen, and oxygen, the fundamental elements required for life, based on observations of “stellar fossils” that have recorded their presence in the birth of the universe.

Beers is a founding figure in the field of galactic archaeology, the study of the origin and evolution of elements and the formation of the Milky Way.  For three decades, he has led surveys to identify and study the most chemically primitive stars in the earth’s galaxy, which provide clues as to the processes by which the first elements formed. His numerous discoveries include the identification of stars with enhanced carbon abundances that are thought to provide the “fossil record” of the very first elements made in the Universe after the Big Bang

Notre Dame faculty members have presented for Notre Dame clubs and their local communities through the Hesburgh Lecture Series since 1986. The lectures showcase the depth and breadth of Notre Dame’s academic expertise in research and teaching. The series is named for Rev. Theodore Hesburgh, CSC, President Emeritus of Notre Dame, who died in 2015.

The Burke Auditorium is located in the William G. McGowan School of Business located on the corner of North River and West Union streets in Wilkes-Barre. Parking will be available in on-campus lots. For more information, contact Mr. Bill Lever, president, Notre Dame Club of Hanover Township, at 570-498-4566, or Dr. Bernard Prusak, director of the McGowan Center for Ethics and Social Responsibility, at 570-208-5900, ext. 5689 or e-mail BernardPrusak@kings.edu. 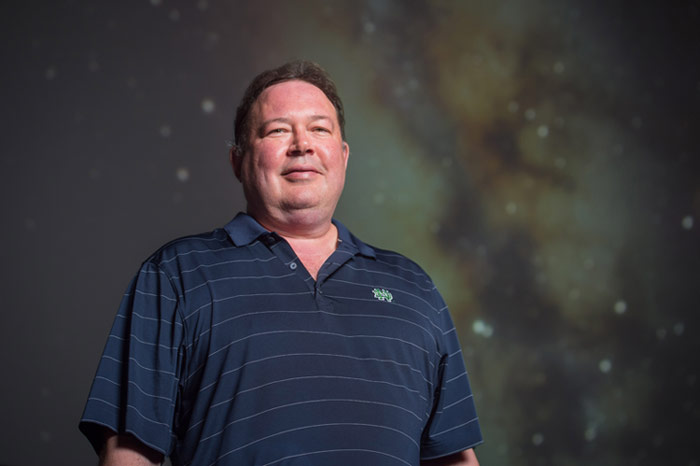