September 4, 2019 - For the second consecutive year, a free comprehensive heart screening which will include an electrocardiogram for area youth ages 12-19 will be held at King’s on the Square, located on Public Square in Wilkes-Barre.  This year’s screening will take place from 9 a.m. to 2 p.m. Saturday, October 5.  The event is being sponsored by The Peyton Walker Foundation, King’s College, Geisinger, Commonwealth Health System, and District II of the PIAA.

The heart screening clinic is open to students who are not currently under the care of a cardiologist. In addition to the electrocardiogram, all participants will have their vital signs checked. For students whose results indicate the need for additional testing, echocardiograms will also be provided on-site free of charge. Approximately 120 people can be screened at the event.

People interested in participating must pre-register by Friday, September 27.  Registration can be completed at PeytonWalker.org.

The Peyton Walker Foundation was established in memory of a King’s College student who died in a King’s residence hall in November 2013 from sudden cardiac arrest related to hypertrophic cardiomyopathy, a genetic heart condition.  At the time of her death, Peyton was a sophomore physician assistant major at King’s.

The heart screening at King’s on the Square is the second to be offered in Northeastern Pennsylvania by the foundation.  The first was held in the same location last October as the fifth anniversary of Peyton’s death approached.  More than 100 young people were screened at the event, 14 were given echocardiograms, and two were referred for follow-up treatment.  Faculty and students from the King’s Physician Assistant, Nursing, Athletic Training, and Exercise Science departments assisted at the event.

Most of the foundation’s previous activities have occurred in the Central Pennsylvania area where more than 2,500 young men and women have been screened and almost 30 significant and previously undiagnosed cardiac conditions have been detected.  The Walker family resides in Mechanicsburg.

Additional information is available by contacting the Peyton Walker Foundation at (717) 697-5511 or by visiting PeytonWalker.org. 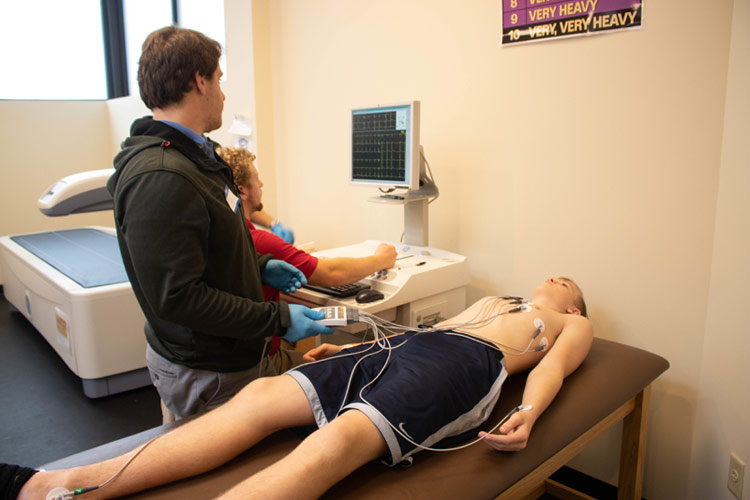