February 21, 2018 – David Gibson, director of the Center on Religion and Culture at Fordham University, will discuss stories of Catholic conversion and the legacy of Pope Francis during two free public presentations on Tuesday, March 20, as the 39th annual Moreau Lecturer at King’s College. The Moreau Lecture series at King’s is named in honor of Blessed Father Basil Anthony Moreau, founder of the Congregation of Holy Cross, which established and sponsors King’s College.

What do Catholic conversion experiences tell us about the faith, evangelization, and the church’s future?  Gibson will discuss, “The Road to Rome: Catholic Converts and the Future of the Church” at 3:30 p.m. in the Burke Auditorium on the ground floor of the McGowan School of Business.  After sharing stories about why people chose to join the church, he will provide insight on what their experiences might mean for Catholicism in the 21st century.

At 7:30 p.m., Gibson will speak on “Five Years of Pope Francis: What has he meant for the Catholic Church? And will his legacy endure?” Argentine Cardinal Jorge Mario Bergoglio is the first Jesuit to be Bishop of Rome and the first pope from outside Europe. Pope Francis has reformed the Roman Curia, thrilling millions but also angering more tradition-minded Catholics. During this lecture, Gibson will analyze Pope Francis’s legacy and raise the question: will his reforms endure?  The evening lecture will also occur in the Burke Auditorium.

Gibson is a longtime religion journalist who got his start at Vatican Radio during the pontificate of Saint John Paul II in the 1980s. He has written a biography of Pope Emeritus Benedict XVI and was in Saint Peter’s Square when Francis was elected.

Before coming to Fordham in 2017, Gibson was a national reporter for Religion News Service specializing in coverage of the Vatican and the Catholic Church. He has also worked for newspapers in the New York area, wrote for various magazines, and co-wrote and co-produced several documentaries for CNN and the History Channel.

Gibson is the author of several books on the Catholic Church and co-author of a book on biblical archeology, “Finding Jesus: Faith. Fact. Forgery,” which serves as the basis of a popular CNN series of the same name.

The McGowan School of Business is located at the corner of N. River and W. Union streets.  Parking will be available at on-campus lots. For further information, contact Rev. Brent Kruger, C.S.C., assistant professor of theology, at (570) 208-5900, ext. 5767 or email brentkruger@kings.edu. 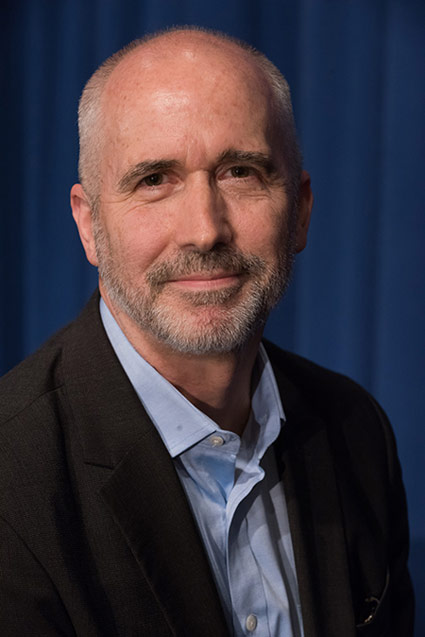 David Gibson, director of the Center on Religion and Culture at Fordham University, is this year’s Moreau Lecturer at King’s College.