Nov. 10, 2015 - Kayla Feairheller, fifth from left, was recently chosen as the first recipient of a scholarship established at King’s College in honor of Dr. Anthony Berard, Jr., fourth from left, a former mathematics faculty member who served the College for 40 years.

The scholarship will be awarded annually to a junior or senior based on their class standing and their “exceptional talent in abstract reasoning” as determined by the current Math Department faculty.

Dr. Berard and his wife, Dr. Louise (McNertney) Berard, a 1975 graduate of King’s, reside in Conyngham.

Feairheller is a junior majoring in mathematics and computer science.  She is the president of the Mathematics and Computer Science Club and is a member of the Student Activities Advisory Committee.  She is a consistent Dean’s List student. 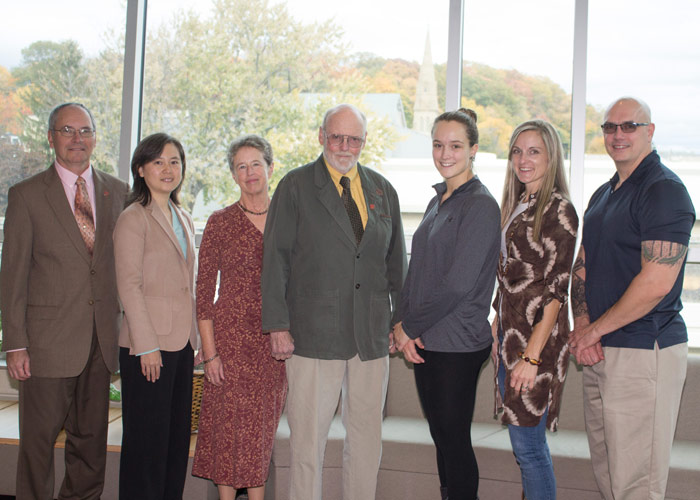