King’s College Announces Addition of Esports For Fall of 2020

December 10, 2019 - The King’s College Department of Athletics is excited to announce the addition of Esports as a competitive program, beginning in the Fall semester of 2020. Esports is competitive gaming using video games on various platforms, most often in the form of organized, multiplayer competitions.

"Coupled with the College’s other men and women sports, Esports represents a significant growth potential in attracting and retaining students," said Cheryl Ish, Associate Vice President and Executive Director of Intercollegiate Athletics and Recreation. "Esports will add another dimension to the landscape of extracurricular offerings for our students. We hope to get out in front of the Esports movement that's evolving on scholastic and college campuses nationwide."

“We are excited about the addition of Esports at King’s College and the opportunities it presents for our students,” said King’s College President Rev. John Ryan, C.S.C., Ph.D. “One attractive feature of Esports is the coming together of individual “gamers” and learning to operate as a team, developing the social and technical skills necessary to make both a living and a life.”

In addition, King’s College has recognized that the gaming industry is growing at an unprecedented rate, and that adding Esports fills an unmet participation desire for current and future King’s College students. Esports will furnish team members not only a dedicated space to compete but also the benefits of being on a team. This will provide fellowship between student-athletes, coaching, mentorship, academic support and Monarch pride.

All competition occurs remotely, and King’s College will initially look to compete in three of the most popular Esports games nationally, League of Legends, Rocket League and Hearthstone with the ability to add more after the launch of the program. Furthermore, spectators can watch the competition from anywhere in the world through Twitch TV, a free service that streams Esports matches.

League of Legends is the most popular competitive game in the United States, with over 95 percent of intercollegiate programs sponsoring the game. League of Legends is a 3D, multiplayer online battle arena (MOBA) game in which players navigate three main Game Maps--Summoner's Rift, Twisted Treeline, and the Howling Abyss.

Rocket League has been described as "soccer with rocket-powered cars" and features up to four players assigned to each of the two teams. Teams use rocket-powered vehicles to hit a ball into their opponent's goal and score points over the course of a match.

Hearthstone is a collectible card game with more than 100 million registered players that builds upon the Warcraft series. Players battle with cards that reflect minions, magic spells, weapons, and heroes. The game is a turn-based card game between two opponents, using constructed decks of 30 cards along with a selected hero with a unique power. Players use their limited mana crystals to play abilities or summon minions to attack the opponent, with the goal of destroying the opponent's hero.

The Esports practice and competition arena will be located in the space formerly occupied by Leo’s On Mane on the corner of North Main Street and East North Street, and will open in the Spring of 2020 after transitioning Leo’s from a restaurant to dedicated Esports facility.

The arena will be state-of-the-art in every way, providing gamers with 1,625 square feet of gaming space in the competitive arena. High-performance Intel-based gaming desktops with elite competitive peripherals will allow gamers first-class equipment, while also providing a player’s lounge within the facility. Most important, the College will be dedicating a Gigabit fiber network and internet connectivity exclusively for the arena. The arena will be opening this spring.

Furthermore, dedicated coaches for each gaming platform will be hired, with searches to begin in the early spring semester of 2020. Interested students should complete an (Esports Inquiry Form) and are encouraged to apply for King’s College admission and visit campus. 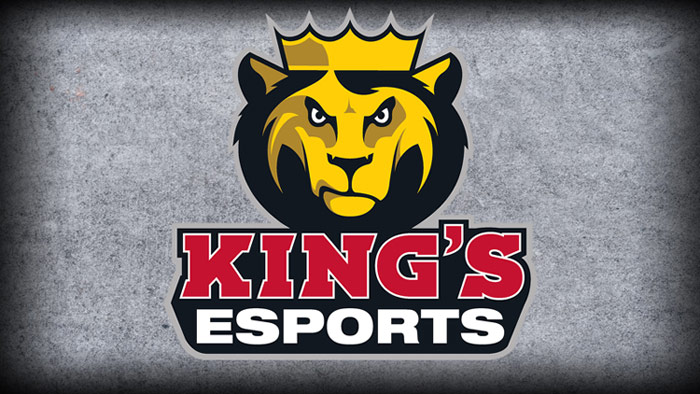