June 27, 2016 - Ten King’s College students and two faculty members recently completed a faculty-led study abroad experience to Eastern Europe as part of the King’s College Geographies of Europe Series. The trip included excursions to the Czech Republic, Poland, and Slovakia. This is the second time that King’s students and faculty have studied at Eastern European cultural sites.

As part of the program, titled “Identity, Place, and Discovery in Eastern Central Europe,” students travelled to numerous cultural sites, including the Auschwitz concentration camp located outside Krakow, the Devin Castle on the Danube in Slovakia, and the Jewish Quarter in Prague.

This program was designed for students to develop a growing awareness of the complex identities of the people of Eastern Europe, including their religious, ethnic, linguistic, and social understandings through a historical exploration. 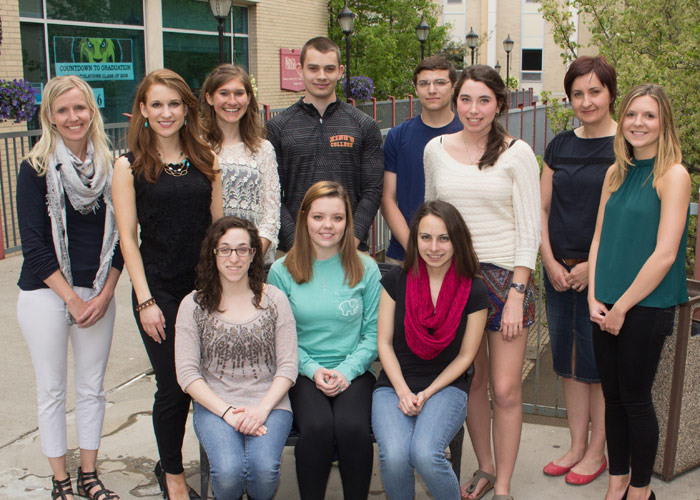