April 27, 2018 - Lynn Durling, pictured in center, a first-year student at King’s College, was recently named the recipient of an annual scholarship established at the College in honor of Colleen Shea, a 1995 graduate of King’s who died in a 2001 automobile accident.

Established through a donation to King’s by the Colleen Shea Children’s Foundation, the $5,000 scholarship is awarded annually to a graduate of Pittston Area High School to be used toward the student’s first-year King’s tuition. The winner is selected based on his or her character, leadership, scholarship, sportsmanship, dedication, commitment, teamwork and perseverance.

The scholarship’s fourth recipient, graduated from Pittston Area in May and is currently completing her first year of studies.

A resident of Pittston, Durling was a member of the National Honor Society and served as vice president of the Leo Club and secretary of the Health and Science Club at Pittston Area.  She was manager of the girl’s basketball team and a four-year member of the Zero Conflict Club.   She was a two-year member of Young Lawyers, Future Business Leaders, Book and Art clubs.  She was very involved with the Youth Ministry of St. John the Evangelist Church as a Sunday school teacher and aide and received both the Bishop’s Youth Award and the Saint Martha Volunteer Award. 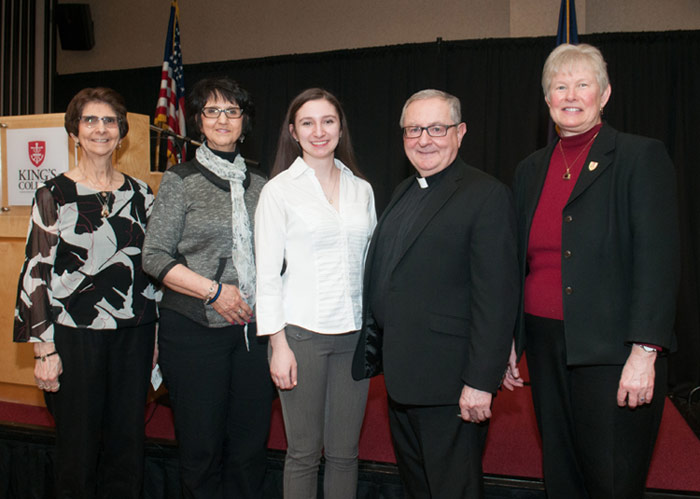