The story follows principal Sister Aloysius of St. Nicholas Church School in the Bronx, N.Y., who believes in restraint, self-control and a rigid dedication to discipline. When she learns that the progressive parish priest Father Flynn has taken a special interest in a troubled altar boy, she becomes suspicious of his engaging attitudes. Armed with nothing more than a resolute belief in her suspicion and a few circumstantial details, she instigates a relentless campaign to remove the priest, enlisting the help of a subordinate nun and the child's mother.

“Doubt: A Parable” was recognized by the theatre community in 2005 with the Pulitzer Prize for Drama, Tony Award for Best Play, Drama Desk Award for Outstanding New Play and the Lucille Lortel Award for Outstanding Play. The play was adapted for film and directed by Shanley, garnering Oscar nominations for the four lead actors and Shanley himself as playwright in 2008. 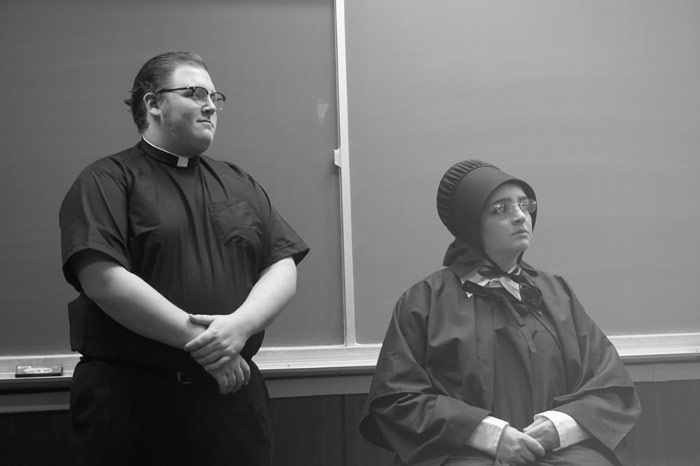 Allen Bonk of Wilkes-Barre and Ashley Surdovel of Topton will play the lead roles in King’s College Theatre Department’s production of the Pulitzer Prize-winning drama “Doubt: A Parable.”