Wilkes-Barre, Pa., May 10, 2022 - Don Mullan, best-selling Irish author, journalist, filmmaker, photographer, and humanitarian will deliver the address for the 73rd annual King’s College Commencement on May 22, 2022, at the Mohegan Sun Arena at Casey Plaza.

After two years of adapted ceremonies, this year’s Commencement exercises will return to a pre-pandemic format. Approximately 430 graduates will have either bachelor’s or master’s degrees conferred at the arena in the presence of family, friends, faculty, staff, and administration. The procession of graduates will begin at 1:30 p.m. with the ceremony following at 2 p.m.

“What a joy it will be to celebrate commencement this year with the entire graduating class gathered together with their families, friends, faculty, staff and honored guests, "said president Rev. Thomas P. Looney, C.S.C., Ph.D. “It is such a powerful moment for parents and friends to hear the name of their loved ones called and to watch them cross the stage. Celebrating our graduates’ accomplishments is always the highlight of the year and this year more than ever.”

In addition to addressing the graduates, Mullan will receive an honorary doctor of humanities degree.

“I think of the commencement address as a graduating students’ final lesson at the college,” Father Looney added. “In a world that has been wrapped in the terror of war what greater lesson could be provided than the example of a person's life who experienced the terror of violence but chose to give his life instead to the work of peace and justice. Don Mullan has given his life as I hope every graduate will give something of his or her life to establishing peace and working for justice. I think he will provide an exemplary model for our graduates and stimulate the minds and hearts of everyone on graduation day.”

Baccalaureate Mass will be celebrated the day prior to Commencement on Saturday, May 21, 2022, at 4 p.m. in the King’s College William S. Scandlon Physical Education Center.

About Don Mullan
Don Mullan was born in Derry, Northern Ireland, into a society that was in political turmoil. He was a witness to some of the seminal events in modern Irish history, including the birth of the Northern Ireland Civil Rights Movement and Bloody Sunday. Despite being surrounded by growing conflict, Mullan chose the path of non-violence and dedicated his life to humanitarian and educational causes.

For 14 years, Mullan served as the Director of Action from Ireland (AFrI), where he spearheaded its transformation into a dynamic justice, peace, and human rights organization. He shared a 40-year friendship with Archbishop Desmond Tutu of South Africa and was asked to carry the late Archbishop’s remains into St. George’s Cathedral, Cape Town, for his lying in State this past December.

Mullan has written and produced several books (including three best sellers), five cellphone photographic exhibitions, and three international award-winning movies. His book Eyewitness Bloody Sunday was the catalyst for the British government’s new inquiry into the historical events, which became the longest and most expensive in British legal history. His boyhood memoir, The Boy Who Wanted to Fly, features a foreword by Archbishop Tutu and legendary football player Pelé.

Mullan has lectured and presented at universities around the world, including Harvard, Georgetown, Notre Dame, and Seattle. Among several awards he’s received is the Defender of Human Dignity Award from the International League for Human Rights at the United Nations. Mullan is the first non-U.S. recipient of the Race Amity Medal of Honor by the National Centre for Race Amity, Boston, in recognition of his role in highlighting the positive influence Ireland had on the life and work of Frederick Douglass.

Mullan’s work extends to several global organizations where he serves as a consultant, board member, or advisor, including the United Nations Convention to Combat Desertification; the Vatican’s Laudato Si’ Action Platform, Economy Group; The African American Irish Diaspora Network; and the National Centre for Race Amity. He is recognized by the African Union as an international champion of its Great Green Wall Initiative and is the concept developer of the Laudato Tree Project, the Julia Tree, the Desmond Tutu Peace Forest, and the Great Green Wall Atlantic Slave Memorial.

Mullan is Founder and CEO of Hope Initiatives International through which he is working on several legacy projects. Among these will be the establishment of a UNESCO World Heritage Site in French and Belgian Flanders, where the 1914 Christmas Truce of World War I took place. Additionally, he is currently executive producing a slate of environmental documentaries under the heading Dare to Invent the Future. He resides in Dublin with his wife, Margaret. They have three adult children, Thérèse, Carl, and Emma. Learn more at donmullan.org. 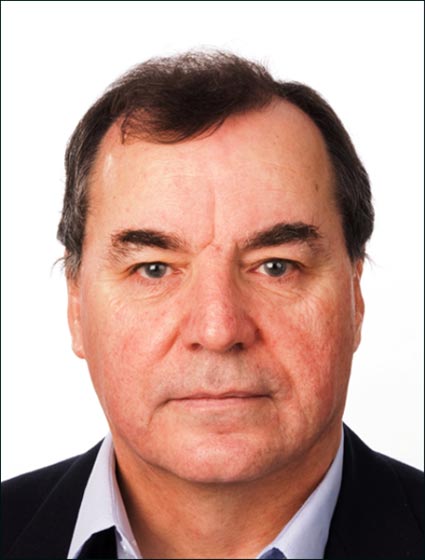