Patrick Corcoran, a resident of Nanticoke, was awarded first place for his work of fiction, “Stale Bread.”  He was awarded a $500 prize and his story will be published in the “DES Journal”.  In addition, an entry by Corcoran in the creative nonfiction category, entitled “More Like Me,” was awarded an honorable mention.

“Offerings to God on the NYC Subway,” a poem by Samantha Bucher, earned a second place award.  She was awarded a $250 prize and her work will also be published in the “DES Journal”.

Amy Higgins, a resident of Sweet Valley, King’s staff member, and part-time adult student, earned an honorable prize award for her entry in the critical/analytical essay category, “Kid Gloves”.   Tristin Milazzo’s submission on the Breaker Boys in the scholarly research essay category was selected by the King’s committee to compete in the national competition. Both entries will be listed in the “DES Journal”.

The four placements for King’s students among the five categories of competition was the most for the College in the past 25 years, according to Father Tony Grasso, C.S.C., professor of English, DES advisor to King’s Gamma Sigma Chapter and national DES board member.  King’s has had a chapter of Delta Epsilon Sigma since 1964 and has submitted student entries to the national competition since 1993.

The number and quality of entries have been aided by the addition of a creative writing minor for King’s students in 2016. Faculty who judged entries at the local level of the contest noted what they saw as great improvement in the submissions. While King’s has had previous winners and placers in the past, this year’s results were the best ever achieved. Three of the four DES entrants are creative writing minors, in addition to being either communications or professional writing majors. The fourth is pursuing a dual major in history and English.

More than 20 DES member colleges and universities across the country submitted entries from their students to this year’s competition, which was judged in January, 2018. 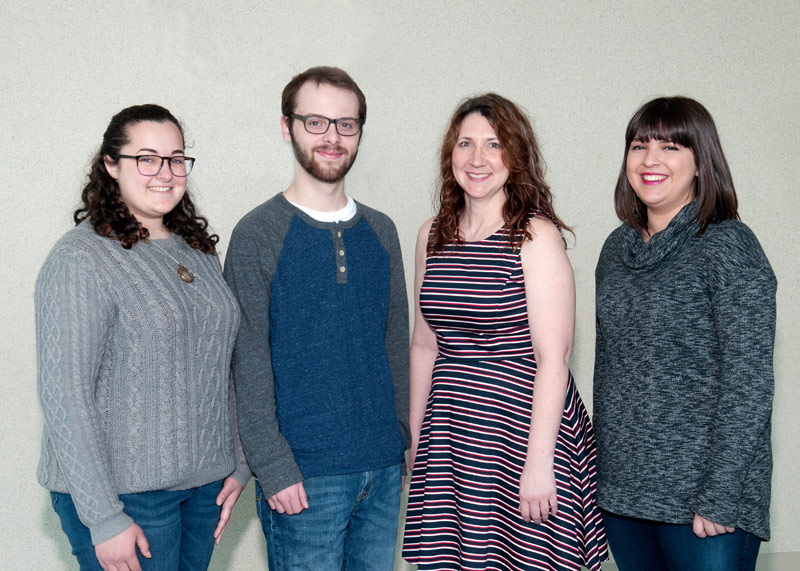