April 19, 2017 - Forty five King’s College students were recently inducted to the College’s chapter of Delta Epsilon Sigma, the national honor society of colleges and universities with a Catholic tradition.

The national organization was founded in 1939 and the King’s chapter was established in 1964.  Candidates for membership must have a record of “outstanding” academic accomplishment and have completed at least 50 percent of their course work for a bachelor’s degree with a minimum grade point average of 3.6. 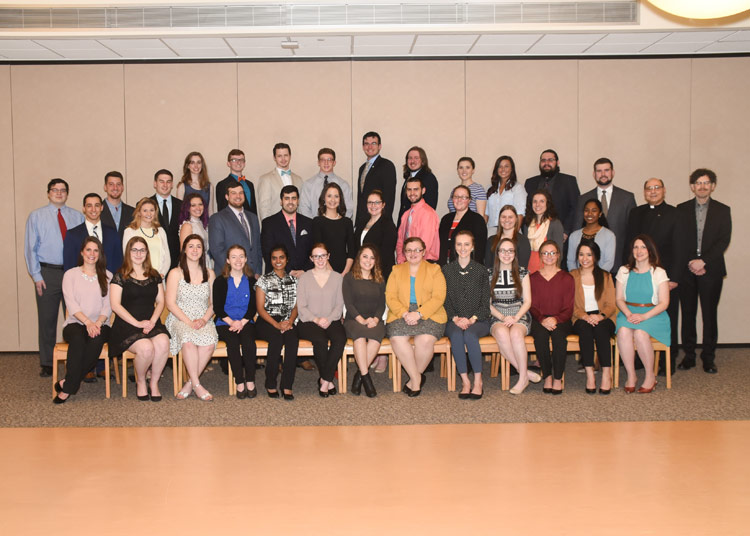