The Chartwells Chef of the Year Award was established in 2010 to recognize and pay tribute to our associates who exemplify superior culinary expertise and dedication within the college foodservice arena. The Chef of the Year possesses the highest culinary standards, superior culinary skills, proven business knowledge, professionalism and demonstrated leadership as a champion in the industry. Each Chartwells' region across the U.S. nominates a regional chef of the year and, out of those regions, one national chef of the year is selected.

“King’s students would be the first to tell you Sarah Bodner is well deserving of this award. They love the healthy meals available in all our campus dining locations,” said John Loyack, executive vice president for Business & Administrative Affairs at King’s College. “Sarah is a gifted chef with unlimited creativity and truly distinguished herself in the culinary world.”

Bodner is the Executive Chef for King’s Dining Program, where she leads the culinary team of over 125 associates for the campus’ five dining areas and also oversees several high profile King’s events, including the black-tie President’s Dinner and Century Club Christmas Party.

Bodner serves in several roles for Chartwells, including the Mid-Atlantic Region’s Menu Works/Webtrition Champion, Recipe Input Champion, and District Chef for the Notchick District. She started working in catering for Chartwells at Marywood University in 2009.

Outside of her roles with Chartwells, Bodner volunteers and teaches cooking classes, including for 5th graders at the Nativity Miguel School of Scranton, Adolescent & Athlete Nutrition Seminars at Dunmore High School, and served as a Cooking Class Instructor and Program Coordinator with The Greenhouse Project since 2015. 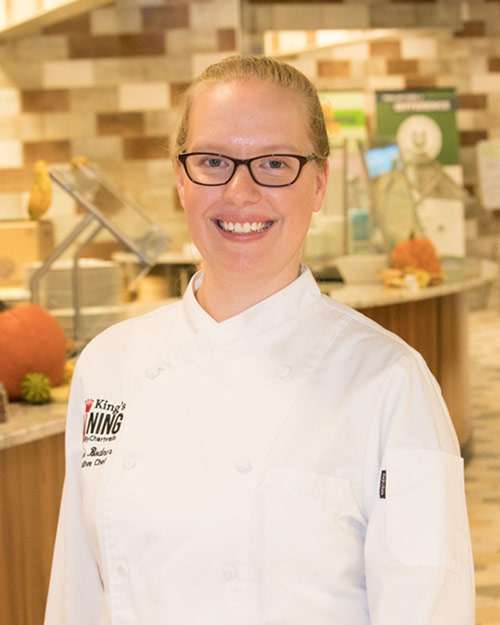