The society is named in honor of St. Thomas Aquinas and recognizes “students of superior academic ability and achievement who are involved in significant extracurricular activities.” Juniors and seniors with a minimum grade-point-average of 3.4 (on a 4.0 scale) who have attained the Dean’s List for at least four semesters are considered for admission. 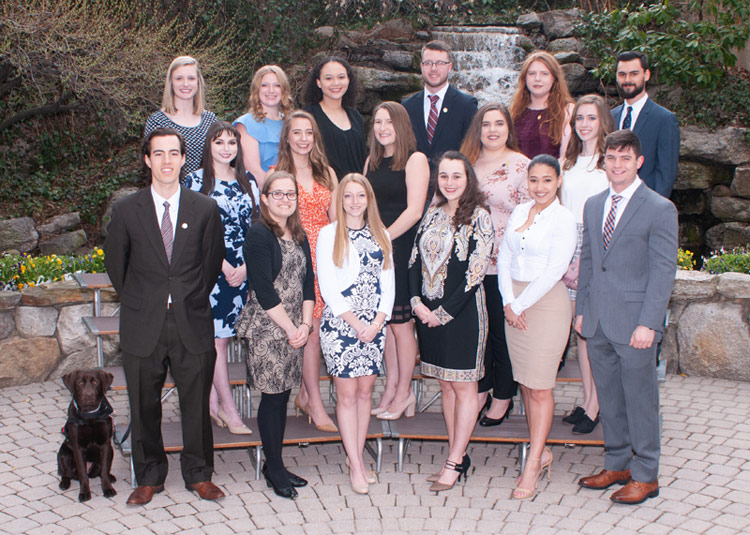