Nov. 20, 2015 - Current and past officers of the St. John Neumann Division II of the Ancient Order of Hibernians (AOH) recently presented a donation to King’s College in honor of John McKeown, a member of the division and long-time College administrator.

The $1,000 donation will be added to the existing John and Peg McKeown Scholarship which is intended for students of Irish decent enrolled at King’s.

McKeown has held numerous positions with the St. John Neumann Division II, including serving as Division Historian for more than 35 years.   He was also named 1979 Hibernian of the Year and received the 2014 President's Award. 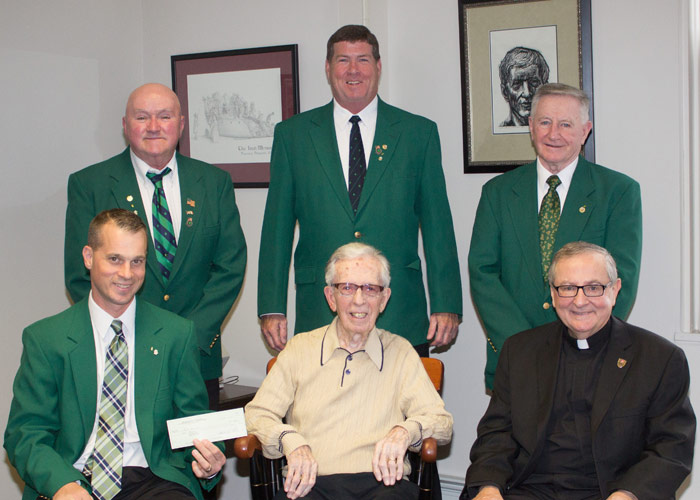