September 20, 2021 – On Tuesday, August 31, 2020, King’s College President Rev. Thomas P. Looney, C.S.C., Ph.D. conferred Alumni Awards upon five distinguished alumni who have demonstrated remarkable contributions to their professional fields, to the communities in which they live, and to King’s College. Members of the faculty, staff, administration, and alumni assisted the president in the selection process from among nominees submitted by alumni and friends of the College. Alumni Awards are typically presented annually during the College’s Commencement Weekend. Due to the global pandemic, the 2021 Alumni Awards ceremony was held in a via Zoom.

The Leo Award is presented to an alumnus or alumna within 15 years of their graduation who has demonstrated outstanding achievement in his or her professional or community activities. Named for the King’s College mascot, it suggests the energy, pride, and sense of purpose that the recipient personifies. Jaclyn Beck DMSc, MSPAS, WCS, CCLS, PA-C ’16 is a senior surgical PA-C at Bergen New Bridge Medical Center at Rutgers New Jersey Medical School, where she covers a wide variety of surgical subspecialties throughout the pre-, intra-, and post-operative periods. She also works as a per diem Critical Care PA-C in emergency medicine at Envision Physician Services in Morristown, N.J., and during the global pandemic, she has assisted her fellow healthcare colleagues in treating people suffering through the COVID-19 virus. Beck came to King’s College to pursue her Master of Science in Physician Assistant Studies, and graduated summa cum laude in 2016. While at King’s Beck earned the Thomas J. Lemley Award for Diversity and Health Disparities, the Nathanial Alston Student Achievement Award, was the Class of 2016 Community Service Award Recipient. Beck continued her medical education at the University of Lynchburg in Va., where she graduated summa cum laude with her Doctor of Medical Sciences degree and performed her doctoral fellowship in general and vascular surgery. She has completed post-doctoral certificates in Global Health and Disaster Medicine, Healthcare Administration and Management, and is working to complete a third certificate in Emergency and Disaster Management. The federal government’s Department of Health and Human Services has appointed her a member of the Trauma and Critical Care Team of the Disaster Medical Assistance Team, part of the HHS Public Health Emergency program. She has given of her time and talents as a healer on both short and medium-term medical missions in Haiti, Kenya, and Azerbaijan, where she was part of a trauma surgery team caring for civilian refugees victimized by the Armenia-Azerbaijan war.

The Award for Outstanding Professional Achievement - Business honors alumni who have distinguished themselves through exceptional professional achievement. Michael W. Bukosky ’75 is a leader in the healthcare industry, with more than forty years of progressive financial, administrative, and executive experience working in healthcare settings. A native of Nanticoke, Pa., Bukosky earned his Bachelor of Science in Business Administration and Accounting from King’s College in 1975. He later earned his Master’s in Healthcare Administration in 1987 from Southwest Texas State University, where he also served as an adjunct professor. Bukosky has served as a fellow in the American College of Medical Group Practice Administrators. He has also served on the Executive Committee of the American Medical Group Association from 2009-2013 and held the position of Chairman of the Board in 2013. He was elected to the King’s College Board of Directors in October of 2019. Bukosky and his wife, Judy Dalmas Bukosky ’75, have three children, Tara, Craig, and Brooke, and they are grandparents to two granddaughters, Vivienne and Virginia. After their son, Craig, passed away from leukemia at age 12 in 1995, Bukosky organized his first junior golf tournament in Craig’s honor for golfers 7-18, a tradition that has continued for more than 25 years.

The Robert J. Ell Alumni Award for Outstanding Service to Alma Mater is named for Robert J. Ell ’50, the first Director of Alumni Relations at King’s College, and is conferred upon an alumnus or alumna for extraordinary service, dedication, and commitment to King’s College. Marian Palmeri ’77 graduated with a Bachelor of Science in Mathematics, and in 1999, transitioned to a staff member who has worked at the College for 22 years. Palmeri currently serves as the director of institutional research, a position she has held since 2002. Palmeri’s dedication to the College reaches beyond her duties in the academic affairs division and extends into her generous gift of time in support of King’s College’s mission. She has been a constant presence on campus, volunteering her time to work towards improving the student experience. Along with her husband, Louis Palmeri ’77, she worked as a volunteer with the alumni phonathon from the 1970s through the 2000s, where she took on leadership roles of class chairperson, decade section chairperson, and ultimately chairperson of the phonathon. Palmeri has been actively involved in supporting the College’s Catholic identity, having served as the chair of the Catholic Identity Committee, as well as having represented King’s at the canonization of St. Andre Bessette.

The Award for Service to Society is presented to an alumnus or alumna who has distinguished himself or herself through selfless and caring personal commitment to benefit others. Daniel J. Simpson ’16 is in his 4th year as an emergency medicine resident physician in the Level 1 Trauma Center at Albert Einstein Medical Center in North Philadelphia. Simpson routinely treats critically ill and injured patients with life-threatening conditions. During the last year, Simpson’s already challenging job was made even more heroic as he selflessly treated a relentless surge of COVID-19 patients at Albert Einstein, which experienced the greatest number of COVID patients in Philadelphia along with Temple University. A native of Stillwater, New Jersey, Simpson began his studies in Biology and Neuroscience at King’s in 2009, and graduated summa cum laude with his Bachelor of Science in 2013. Displaying an early dedication to serving his community, Simpson participated in multiple SERVE trips throughout his time at King’s, both in the continental U.S. and in Mexico. In recognition of that service, Simpson was the recipient of the Fr. James J. Doyle, C.S.C. Volunteer of the Year award in 2013. He continued his education at the Philadelphia College of Osteopathic Medicine and earned his Doctor of Osteopathic Medicine with honors in 2017.  Simpson has performed his postgraduate training at the Einstein Healthcare Network in Philadelphia and also completed the Rural Emergency Medicine Elective at the Block Island Medical Center in Rhode Island. Upon completion of his residency, Simpson will continue tirelessly serving patients at Our Lady of Lourdes Medical Center in Camden, New Jersey.

The Awards for Outstanding Professional Achievement - Arts and Sciences honors alumni who have distinguished themselves through exceptional professional achievement. Dr. P.J. Utz ’86 is a professor of medicine and associate dean for medical student research at Stanford University School of Medicine. A native of Roaring Brook Township, Pa., Utz graduated from King’s College in 1986 with his Bachelor of Science in Biology. He also minored in English, philosophy, and chemistry. He received numerous awards while at King’s, including the Center for Independent Living Award, the Regina Award for Biology, and the CRC Chemistry Award. Utz graduated from Stanford University School of Medicine in 1991, and after finishing his medical degree, completed a short-track residency in internal medicine and rheumatology at Brigham & Women’s Hospital in Mass. He joined the Stanford faculty in 1999. Utz is an expert in the development of multiplexed assays for studying autoimmune diseases such as systemic lupus erythematosus (SLE), rheumatoid arthritis (RA), connective tissue diseases, type 1 diabetes, and immunodeficiency disorders. Through his collaborative research and work, he has contributed to the use of protein arrays in clinical trials and the development and human testing of tolerizing DNA vaccines for type 1 diabetes and multiple sclerosis. In addition to his work as a researcher, Utz is a dedicated and innovative educator who founded Stanford Institutes of Medical Research, one of the nation’s largest and most-respected immersive high school research programs. He has been awarded faculty teaching awards in the Department of Medicine and in the Immunology Interdepartmental Ph.D. Program. 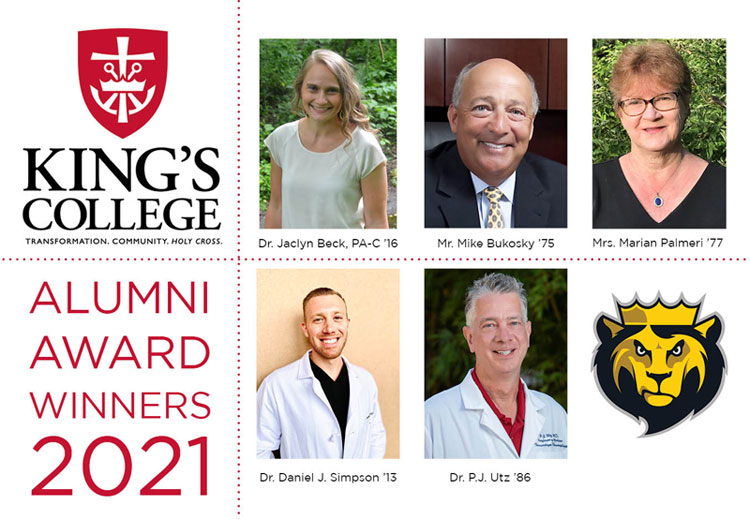