August 10, 2020 – On Thursday, August 13, 2020, King’s College President Rev. John Ryan, C.S.C., Ph.D. will confer Alumni Awards upon six distinguished alumni who have demonstrated remarkable contributions to their professional fields, to the communities in which they live, and to King’s College. Members of the faculty, staff, administration, and alumni assisted the president in the selection process from among nominees submitted by alumni and friends of the College. Alumni Awards are typically presented annually during the College’s Commencement Weekend. Due to the global pandemic, both the King’s 2020 Commencement Ceremony and the 2020 Alumni Awards ceremony will be held in a virtual environment.

The Awards for Outstanding Professional Achievement (Arts and Sciences and Business) honor alumni who have distinguished themselves through exceptional professional achievement. Dr. James Post ’92 is a physician whose path to medicine was greatly influenced by a life-altering injury to his spinal cord which left him paralyzed at the age of 14. Post pursued his education at King’s and graduated summa cum laude with his Bachelor of Science degree. Dr. Post attended Albert Einstein College of Medicine in New York City, and graduated in the top 10% of his class. He completed residencies in internal medicine and nephrology at Lenox Hill Hospital. Currently, Dr. Post works as a kidney specialist and is the Chief of Internal Medicine at James J. Peters VA Medical Center in Bronx, NY. In addition to his medical practice, Dr. Post is an assistant professor of medicine in both Columbia University’s College of Physicians and Surgeons as well as the Nephrology Division of Mount Sinai School of Medicine in New York, NY. Dr. Post and his wife, Saretha, have two children and reside in New York City.

Gary Neilson ’75 is an advisor, strategist, and author who has spent decades working with Fortune 500 companies and executives to address their operating model transformation challenges. Mr. Neilson worked as a principal with Strategy&, the global strategy consulting team at PwC US. Originally from Mountaintop, PA, Mr. Neilson graduated from King’s in 1975 at the top of his class, earning a Bachelor of Science in Accounting and the S. Idris Ley Memorial Award for Highest Academic Achievement. Following his graduation from King’s, Mr. Neilson spent three years at Arthur Young & Company in Philadelphia and then went on to earn an MBA at Columbia Business School in New York, where he received the Wall Street Journal Award for Highest Academic Achievement in Finance. He then joined Booz Allen Hamilton as a strategy consultant and spent the final five years of his career with PwC US in consulting. Mr. Neilson and his wife, Trudy, have two children and split their time between Chicago, IL and Lake Geneva, WI.

The Robert J. Ell Alumni Award for Outstanding Service to Alma Mater is named for Robert J. Ell ’50, the first Director of Alumni Relations at King’s College, and is conferred upon an alumnus or alumna for extraordinary service, dedication, and commitment to King’s College. Paul Psak, Jr. ’07 graduated from King’s in 2007 with his Bachelor of Science in Accounting. Mr. Psak currently serves as the Managing Director of Vatera Capital Management, a healthcare focused venture capital adviser. He has been an integral participant in the McGowan School of Business Forums as both a student and as an alumnus, attending each year’s mentoring event and acting as a Co-Chair for the 2017 Forum held in New York City. While living in New York, Mr. Psak was a member of the Executive Committee of the King’s College New York City Alumni Club. In this role Paul worked with the other members of the club to plan and execute a number of events and initiatives, helping Kings’ Alumni stay in touch with their classmates and alma mater. Mr. Psak resides in West Palm Beach Florida with his wife, Courtney, and sons, Paul and Andrew.

The Award for Service to Society is presented to an alumnus or alumna who has distinguished himself or herself through selfless and caring personal commitment to benefit others. Dr. Thomas Brady ’68 is a pioneer in the field of magnetic resonance and positron imaging at Massachusetts General Hospital, where Dr. Brady holds a named chair in radiology. Dr. Brady served as the founding director of the Massachusetts General Hospital Nuclear Magnetic Resonance Center (now the Martinos Center), which was the site of many significant scientific discoveries surrounding angiography, functional magnetic resonance imaging, and tractography and high angular diffusion imaging. Throughout his career, Dr. Brady has served as a mentor to more than 200 medical and graduate students, residents, and postdoctoral fellows, as well as staff from Radiology, Cardiology, Neurology, and Surgery. In recognition of his extensive mentorship, Dr. Brady received the 2011 William Silen Lifetime Achievement Award in Mentoring from Harvard Medical School. Dr. Brady was also awarded an Honorary Doctorate of Humanities from King's College in 1992. Dr. Brady and his wife, Lynn, reside in Cambridge, Massachusetts.

Dr. Edward Nardell ’68 is professor of medicine at Harvard Medical School based at Brigham & Women’s Hospital, with a primary appointment in Dr. Paul Farmer’s Division of Global Health Equity, and a secondary clinical appointment in the Division of Pulmonary and Critical Care Medicine. He is also appointed in the departments of Environmental Health and Immunology and Infectious diseases at the Harvard School of Public Health. Dr. Nardell has devoted many years to tuberculosis transmission control research through Partners In Health, a Boston-based nonprofit health care organization that works to provide improved healthcare for the poor in countries such as Haiti, Peru, Russia, and Rwanda. For 10 years he has been a principal investigator for the National Institute for Occupational Safety and Health (NIOSH), the Gates Foundation, and USAID. At the intersection of medicine and engineering, Dr. Nardell is the founder and co-director of a unique, two-week course for health professionals, architects, and engineers that focuses on the construction of safer health care facilities in Africa, Asia, and other high-risk settings. Dr. Nardell resides in Brookline, Massachusetts.

The Leo Award is presented to an alumnus or alumna within 15 years of their graduation who has demonstrated outstanding achievement in his or her professional or community activities. Named for the King’s College mascot, it suggests the energy, pride, and sense of purpose that the recipient personifies. Amy Gravino ’05 is an educator, advocate, writer, and speaker who specializes in issues affecting adults with autism spectrum disorders. In 1994, at the age of 11, Ms. Gravino was diagnosed with Asperger’s Syndrome. While a student at King’s, Ms. Gravino thrived, and she graduated with her Bachelor of Arts in English in 2005. Shortly thereafter, she earned her Master of Arts in Applied Behavior Analysis from Caldwell College. She has used her gifts for writing and research to create a professional life that involves speaking engagements and publications in a wide variety of media. She also works as an educator specializing in issues that affect people with autism, specifically those that center around dating and intimacy. In addition to her speaking engagements, Ms. Gravino was featured in the 2006 documentary film Normal People Scare Me, and in 2017, she was featured in an online segment for CBS News as one of 20 “Inspiring People on the Autism Spectrum,” alongside Temple Grandin and Susan Boyle. Ms. Gravino also conducts workshops and presentations for organizations, schools, and parents of individuals on the autism spectrum, as well as consults with organizations regarding the hiring and training of individuals on the spectrum. 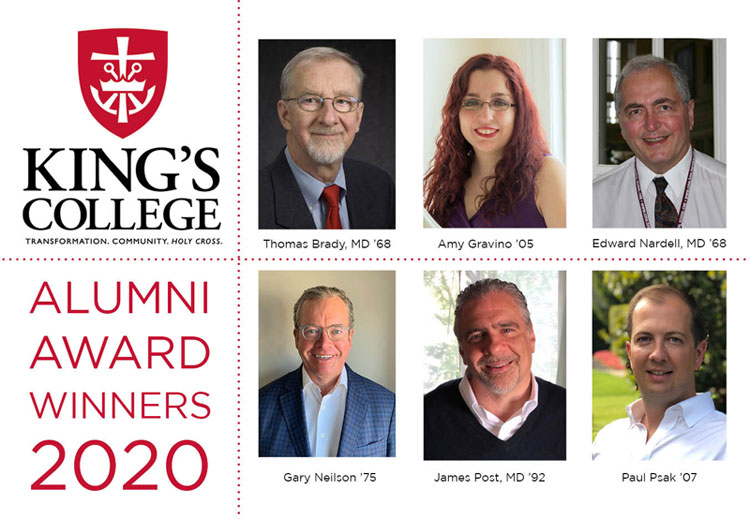