May 10, 2017 - The trustees of the George I. Alden Trust recently presented a check to King’s College officials to represent the group’s latest donation to the College.  The $100,000 donation will be used to purchase equipment to be used as part of the College’s new major degree programs in mechanical and civil engineering.

The Alden Trust was established in 1912 for the general purpose of "the maintenance of some charitable or philanthropic enterprises" with particular expressed interest in "the promotion of education in schools, colleges, or other educational institutions."  The Trustees have given priority to higher education, predominately in support of independent undergraduate education, in smaller institutions with fulltime traditional undergraduate enrollments of at least 1,000 students and with a total undergraduate and graduate student population of fewer than 5,000. The Trust focuses its support on institutions in New Jersey, New York, Pennsylvania and the six New England states.

The recent donation brings the total amount of support from the Alden Trust to King’s to more than $500,000. 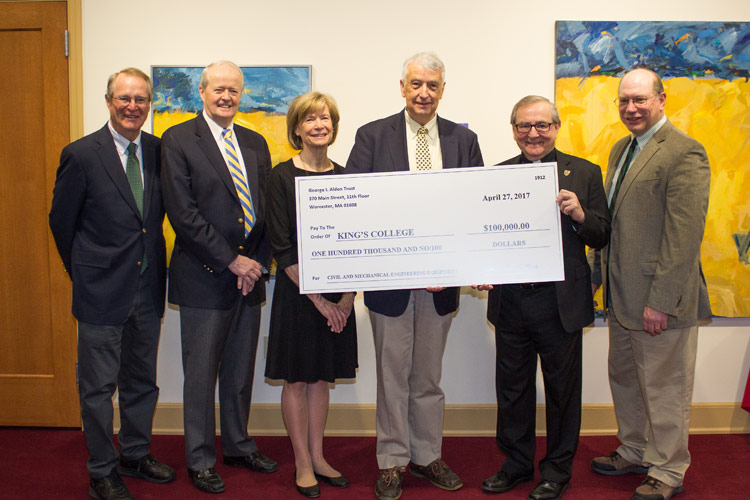