Sept. 22, 2015 - The King’s College Theatre Department raises the curtain on the 2015-16 season with performances of the Tony Award-winning musical, “1776,” music and lyrics by Sherman Edwards, book by Peter Stone. Performances will be held at 7:30 p.m. Oct. 1-3 and Oct. 8-10 and at 2 p.m. on Oct. 4 in the George P. Maffei II Theatre, located in the Administration Building on North River Street.

Based on the events surrounding the signing of the Declaration of Independence, “1776” dramatizes the efforts of national icons John Adams, Benjamin Franklin and Thomas Jefferson to convince members of the second Continental Congress to vote for independence from the British monarchy.

Tickets are $12 for general admission, $7 for senior citizens, and $5 for King’s alumni and non-King’s students. For more information on upcoming performances, follow the Theatre Department on Twitter @KingsTheatrePA. To reserve tickets, call the box office at (570) 208-5825 or e-mail boxoff@kings.edu. 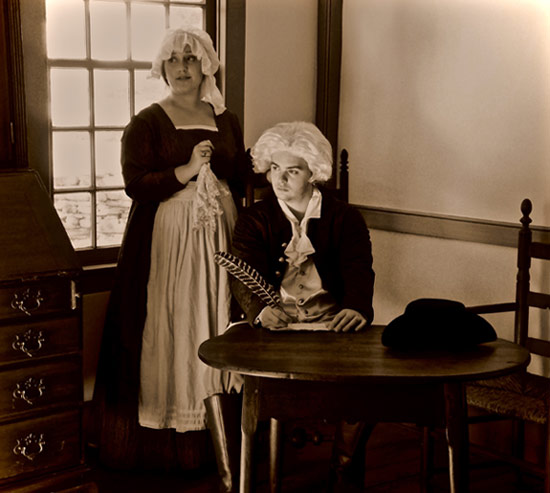