Sept. 16, 2015 - Rich Pinola, a 1967 graduate of King’s College, has been selected as the second recipient of the Father James Lackenmier, C.S.C., Award for Achievement and Leadership.  The award will be presented at a ceremony to be held October 22 at the Union League of Philadelphia.

Funds raised at the dinner will benefit the King’s College Presidential Hope Fund, a critically important resource that supports deserving King’s students that are faced with financial hardships that threaten their ability to complete their undergraduate studies.  Nineteen students have received assistance from the fund in the past year.  The committee for this year’s event plans to net more than $150,000 to aid additional students in need.

The recipient of a bachelor’s degree in accounting from King’s and a Certified Public Accountant (CPA), Pinola is a principal in GPS Investment Group, LLC, Investment Counselors and the retired chief executive officer of Right Management Consultants, a career transition and organizational consulting business  and a publicly traded company on the New York Stock Exchange.

During Pinola’s leadership, the number of Right Management offices grew from 90 to more than 300, and the company established service locations in 39 countries.  The company was also named as one of the “200 Best Small Companies in America” by “Forbes” magazine and was included on a list of “100 Best Small Companies” by “Businessweek.”

Before joining Right Management, Pinola was president and chief operating officer of Penn Mutual Life Insurance Company.    After graduating from King’s, Pinola was a CPA with PriceWaterhouse and Co.

Pinola is a member of the board of Bankrate.com, the Visiting Nurses Association, and King’s.  He is founder and director of The Living Wills Archive Company and the Mutual Association for Professional Services.

The annual McGowan School of Business Forum provides approximately 80 King’s students each year an opportunity to be mentored by leaders in the business field, most of whom are graduates of the College.  The mentoring session is followed by a formal dinner, presentation of the award, and remarks by the recipient.  The award ceremony and the McGowan School of Business Forum, rotates on an annual basis between New York City, Philadelphia, and Wilkes-Barre.  The 2016 ceremony will be held in Wilkes-Barre. 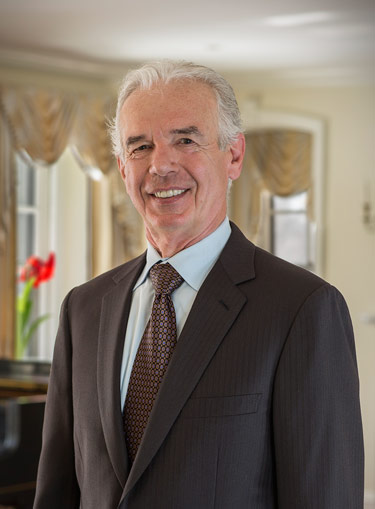