Sept. 10, 2015 - King’s College will host a panel discussion on the encyclical of Pope Francis, “Laudato si,” at 4:15 p.m., Monday, Sept. 21, in the Snyder Room, Sheehy-Farmer Campus Center, at King’s College.  A theologian, economist, environmental scientist, and a local rabbi will offer different expertise and perspectives of Pope Francis' letter on the care of creation and the environment.

Each participant will speak for approximately 10 minutes, followed by a question and answer session with the audience. Parking will be available in on-campus lots.

Minore earned her doctorate in systematic theology from The Catholic University of America, with a secondary specialization in Christian spirituality.  She has taught theology at King’s since 2006. Her research on Hildegard of Bingen and creation was published in the “American Benedictine Review." She was granted tenure at King’s in 2012.

Rose was awarded a $75,000 Fulbright-Hays Group Projects Abroad Program grant to lead a group of educators on a short-term trip to Uganda, East Africa,  to study the nation’s models of education in 2014. She recently led a group of King’s students on a three-week study abroad experience this summer to Uganda. She earned her master’s degree and doctorate from the University of Notre Dame.

The founder and director of the Susquehanna River Institute, Mangan recently received nearly $100,000 in federal and state grants towards his research on the Susquehanna River, including the ecological impacts of the invasive rusty crayfish, tracking mercury contamination of this ecosystem, and the Monarch Butterfly Conversation Project. He earned his doctorate at Pennsylvania State University.

Rabbi Swartz has served as the spiritual leader of Temple Hesed since 2006. He has been working on the connection between faith and the environment for more than 30 years. He has served as Director of Congregational Relations in the Union of Reform Judaism’s Religious Action Center, Washington Director for the National Religious Partnership for the Environment, executive director of the Children’s Environmental Health Network, and founding director of Greater Washington Interfaith Power and Light.  He also helped found the Coalition on the Environment and Jewish Life and Pennsylvania Interfaith Power and Light, where he currently serves as board president.

The Sheehy-Farmer Campus Center is located between North Franklin and North Main streets. The lecture is sponsored by the Catholic Identity and Mission Committee at King’s College. For more information, contact College Chaplain Rev. Thomas Looney, C.S.C., at (570) 208-5890 or e-mail thomaslooney@kings.edu. 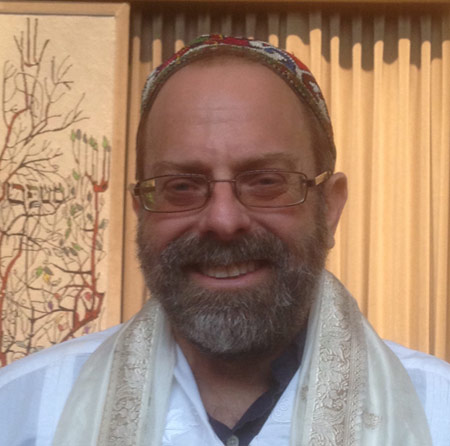