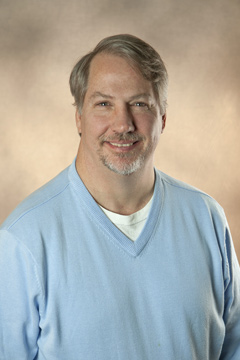 Michael Berry is currently an instructor in the department of Mass Communications at King’s College.  Mike received both a B.A. and M.A. in Speech Communication at Texas Tech University.  He has been at King’s for over 21 years.   Prior to coming to King’s, Mike taught at the University of Kansas and Illinois State University.

During the time that Mike served as the head coach of the highly successful King’s College debate team (1989-2009), he lead them to numerous national tournament appearances.  He was elected to the national committees of the National Debate Tournament, Cross Examination Association and American Debate Association.  In 2000, he received the Robert Lambert Service Award as the National coach of the year from the American Debate Association.  Upon the discontinuation of the debate team, Mike became co-chair of the Effective Oral Communication section of the Core Curriculum at King’s College.

Mike’s research interests include persuasion, political campaign communication, freedom of speech and deception.  He has presented numerous papers to groups such as the National Communication Association, American Forensic Association and the Eastern Speech Communication Association.  He has served as a consultant to a number of high school debate programs.  He has appeared on television a number of times especially during presidential campaigns. He has also reviewed papers for the Political Communication division of NCA as well as acted as a consultant for various campaigns.  During each presidential election cycle, Mike serves as a host for “DEBATE WATCH”, a national non-partisan effort to get more people involved watching the campaign debates.  He has recently published a chapter in the book Heroes and Philosophy on the ethics of deception.